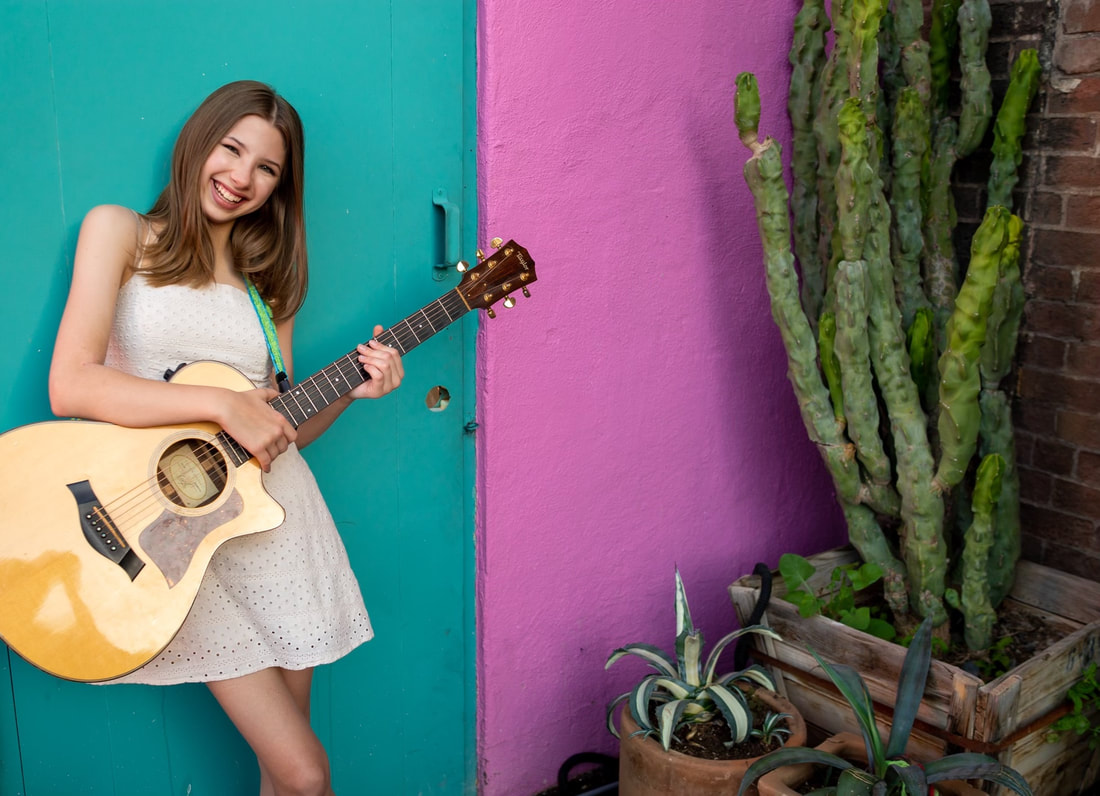 Once you hear Tia Penny's velvety voice, guitar artistry and inspired lyrics, you will be moved . . .
​
​Tia is an Arizona-based singer/ songwriter/ musician with an exceptional range of talent for such a young age.  She recorded her first two singles in New York City at A Diamond Heart Production, producing a catchy blend of her acoustic guitar, electric guitar, and vocal harmonies.  Tia is also skilled with the classical guitar and piano, and employs all of these instruments to perform dozens of original musical compositions and covers.

At the age of 14, Tia Penny has generated a wealth of national, regional, and local experiences.  She performed several songs with other seasoned musicians and bands at an 'unofficial' SXSW venue on Lake Travis near Austin, TX.  The Arizona State Fair has placed her on the main stage multiple times over the years - her fearlessness when it comes to live performances is one of her greatest strengths.  In addition to frequent local TV spots on The Daily Mix on AZTV 7, she has performed nationally live at Old Woodsongs Radio Hour in Lexington, KY, and was broadcast to 180 countries worldwide on multiple radio and TV programs. She was first discovered and cast in NBC's Little Big Shots in Hollywood, CA, with Steve Harvey at the age of nine, and has challenged herself musically ever since.

Tia has not taken the usual path of a musician. While busking in downtown Phoenix at a First Friday event, several university students stopped and listened to her entire set, and then invited Tia to audition for Grand Canyon University's official TEDx as a performer/ speaker. She ultimately delivered a fifteen minute TEDx presentation with two originals and two covers in front of an audience of 400+ attendees in Phoenix, AZ.  Tia even challenged herself to sing the first verse of one of her cover songs in Spanish. Another notable experience for Tia was her part in multiple performances of the Arizona Opera’s rendition of La Boheme where she sang in Italian.  Her vocals were also key to landing a lead in a theatrical performance as Liesl in The Sound of Music at the Del E Webb Center for the Performing Arts in Wickenburg, AZ.  Tia has been asked to sing the national anthem for the City of Carefree, AZ as well as Major League Baseball’s Colorado Rockies, and in. both instances generated considerable support from the fans.  After hearing her impromptu jam session at the National Association of Musical Merchants (NAMM) in Pasadena, CA, master luthier of Master Craftsman Guitars gifted Tia a beautiful electric guitar. These varied adventures have molded her into the diverse performer she is today.

Tia Penny is driven by the thrill she gets when performing, observing the reactions of her audiences, and inspiring others with her compassionate lyrics.  In addition to her advanced musical skills, she exhibits a rare balance of confidence with humility.